I'm a great fan of old classic movies and had a real crush on Doris Day in my youth.
Her  movie with Clark Gable featured her as a Teacher trying to educate a wily and reluctant reporter played by Clark Gable.

I must say I was disappointed that Miss Day was not really the strict Teacher we all would have liked.
It would have been wonderful to see Gable's character receive his comeuppance by bending over for '12 of the best' from Miss Day or , even better , go over her lap for a good dose of her hairbrush.

Unfortunately it didn't happen in the movie so I will do my best to pretend that it did....... 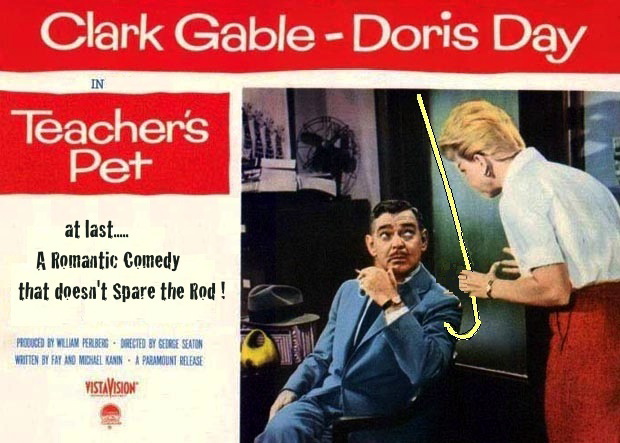 A warm backside brings out his romantic side..... 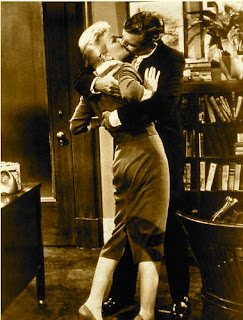 Is your bottom still sore from that spanking I gave your darling? 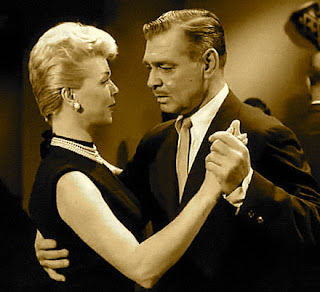 I did warn you Mr. Gannon.Now bend over the desk please! 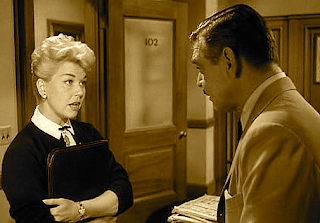 Boy are you gonna get it when I get you home mister! 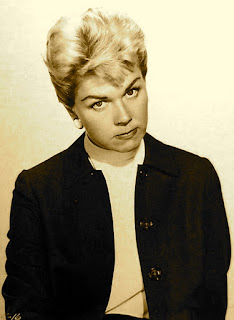 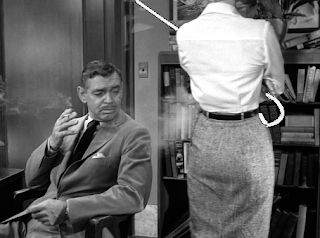 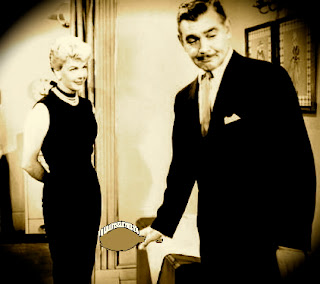 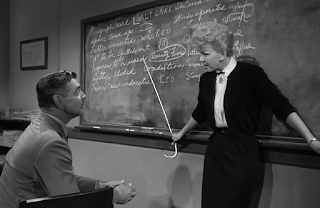 This time your getting 12 with your pants down! 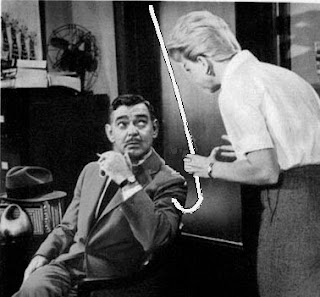 Having trouble sitting are we Mr. Gannon? 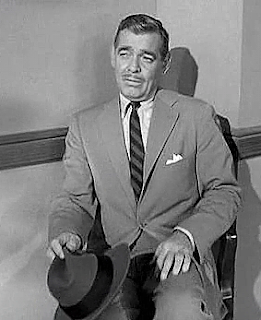 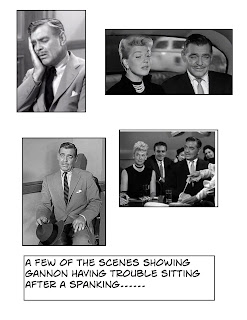 Posted by Glenmore at 9:53 AM No comments: 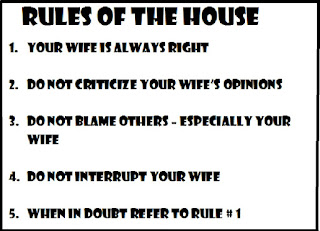 'WHAAP!'
"YEOOW!"
Charlotte raised her hairbrush above her head and secured her grip on her husband's waist as he lay draped across her lap.
A red oval appeared on his right cheek to match the one on his left cheek where the back of the brush had landed.
"Let me hear that again please!" she demanded.
Her husband Norm exhaled loudly and studied the paper his wife had placed before him.
"MY WIFE IS ALWAYS RIGHT!" he read loudly.
'WHAAP!'
"OOOOOW!"
"Good boy! Is rule number one sufficiently imbedded in your brain....and backside!" Charlotte giggled.
"Yes Ma'am" , came the reply.


Norm rose unsteadily to his feet and Charlotte tugged on his ear and led him into the corner where a copy of the rules was conveniently pinned to the wall at eye level.
"Hands on your head and study that list. I'll be back in 10 minutes to give you your test and if you as much as get one wrong you'll be bending over for a dose of the cane!" she scolded.
"YES MAAM!"


Later that day , Charlotte sat in the kitchen sipping her coffee supervising Norm as he hung a fancy , framed version of the 'House Rules' on the kitchen wall.

Her girlfriend and neighbour Jane arrived and joined her just as Norm was standing back  awaiting Charlotte's approval.
"That will do nicely ." she said sitting back with arms folded.
Jane read the list and laughed ,"I love it Charlie but how do you  enforce them?" she asked.
Charlotte smirked and refilled her friend's cup.
"Oh I have my ways....don't I honey?" She teased.
Norm nodded and rubbed the seat of his jeans.
"Yes Ma'am." He mumbled.
"'Ma'am!' Whatever you're doing is working Charlie.....aren't you going to sit down and have a coffee with us Norm?" Jane asked.
"Yes Norm please sit with us...." Charlotte teased ,knowing full well Norm physically could not sit.
Norm blushed and shook his head.
"Isn't that a violation of rule number 2 ?" Jane pointed out with an impish grin.
A broad grin played on Charlotte's face.
"Thank you Jane , I do believe it is ...."
Norm's jaw dropped and he looked at his wife in disbelief.
Jane looked at the pair in anticipation.
"I said SIT Norm or do I have to give you a refresher on the rules right now ?" she warned.
The two women giggled girlishly when Norm let out a groan when he carefully lowered his sore behind onto the harsh wooden chair .
For 5 long minutes he squirmed as the women chatted and to his relief an amused Jane finally left.
Charlotte stood up and raised a hand to direct her husband to the bedroom.
"But honey....you know I can't sit down and I didn't break the rule!"  He protested.
"That's not what I'm sending you to the bedroom for silly." She purred , placing a hand firmly on her husband's growing erection and planting a passionate kiss on his lips.
"I  love it when you break the rules...." she purred.