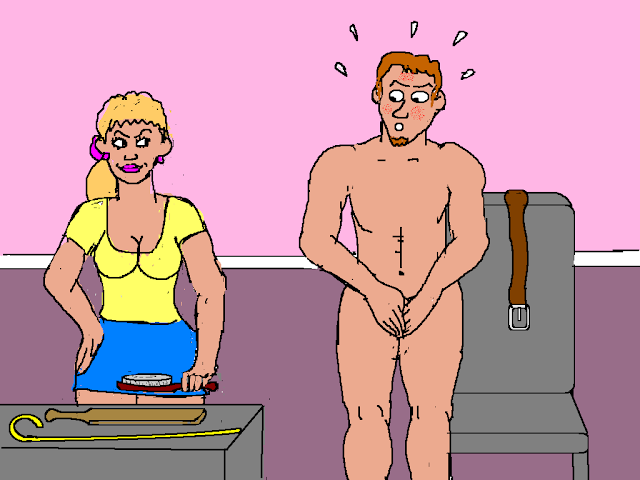 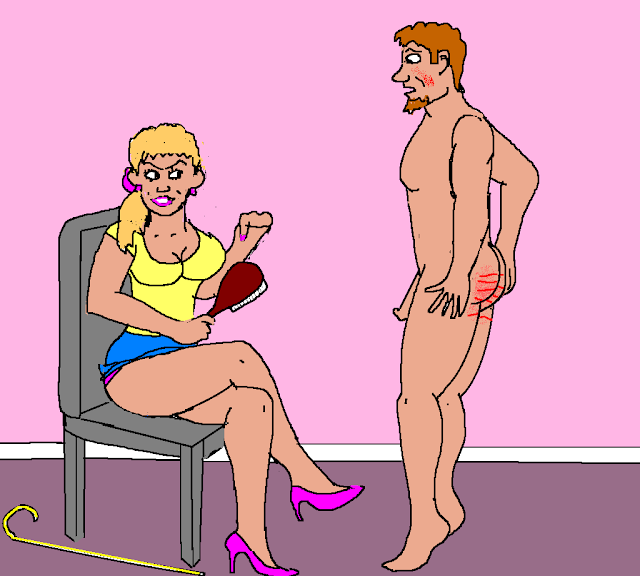 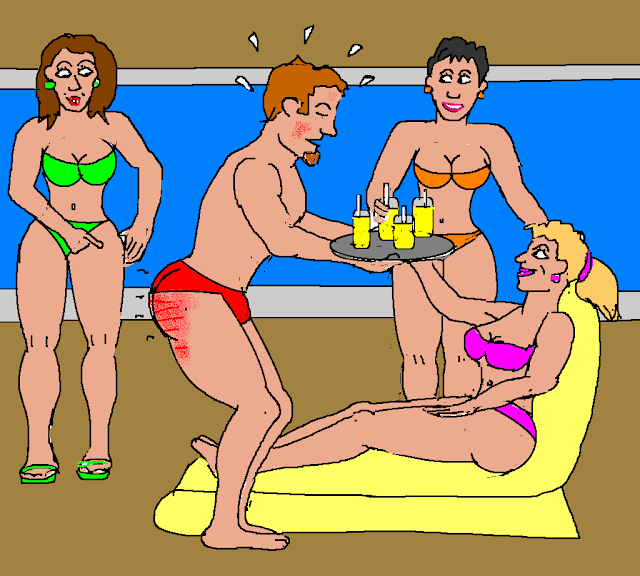 Karen rubbed her chin,  "Hmmm.......I don't know Linda......our plan was to have this place 'girls only''.....once we start letting boyfriends in it can get complicated." she said.
Linda nodded , "I know Karen , but we could use the money ....and besides , Jared is an awesome cook and can do a lot of chores around the place that we can't do." she explained.
Her friend's face suddenly lit up , "You mean he would be ok to make all the meals for us ?   .....and clean up after us as well. ? He doesn't sound like any boyfriend I ever had , usually they're lazy slobs!"
A broad smile played on Linda's pretty face , "Well let's just say Jenna has a 'special arrangement ' with Jared to keep him in line......not to mention he is real easy on the eye!" she added.
"Easy on the eye ? Well why didn't you say that in the first place girl ! I don't know what their special arrangement is but as long as they pay the rent , and follow the rules I suppose we can give it a try! Karen laughed.
"Oh you needn't worry about that....Jared is used to following any rules Jenna sets for him !" Linda assured her.
Karen found their new roommates to be kind of cute.
The hunky Jared towered over his petite blonde girlfriend , but it was clear enough that Jenna had an air of authority about her when it came to Jared.
"Don't worry ....Jared will do that!" soon became the order of the day at the big house.
For his part , Jared took on all tasks the ladies needed,  and it took only a  casual wave of Jenna's manicured hand to have him do it.
He dusted, vacuumed , cleaned the windows,  hauled out the garbage did the shopping,   and really was an awesome cook who dutifully set and cleared the table and took care of the dishes.
The girls appreciated all his efforts to maintain the pool , especially when he did in wearing only a skimpy speedo , which was also ordered by Jenna!
Meanwhile,  his pampered girlfriend did very little other than provide direction and supervision to her busy man's tasks.
Whatever this arrangement was between the pair it certainly worked for her ,  Karen mused.
A few weeks passed before the roommates had a  demonstration of the couple's special arrangement.
The weather that day had been unusually wet , and Karen came home to find the outdoor cushions soaking wet and quickly scooped them up to take to the garage to dry out.
A furious Jenna rushed outside to help her and was non too pleased with her boyfriend once they had scurried inside to dry themselves off.
"I specifically told Jared to put the cushions away before he left for football practice !" the diminiative blonde raged.
"It's ok Jenna , no real harm done,  the cushions will dry off by tomorrow.
He probably forgot about the weather , you know how guys are !" Karen remarked in an attempt to calm the situation.