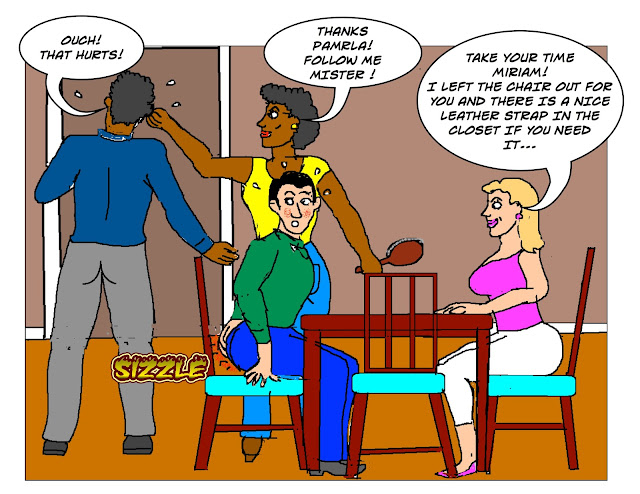 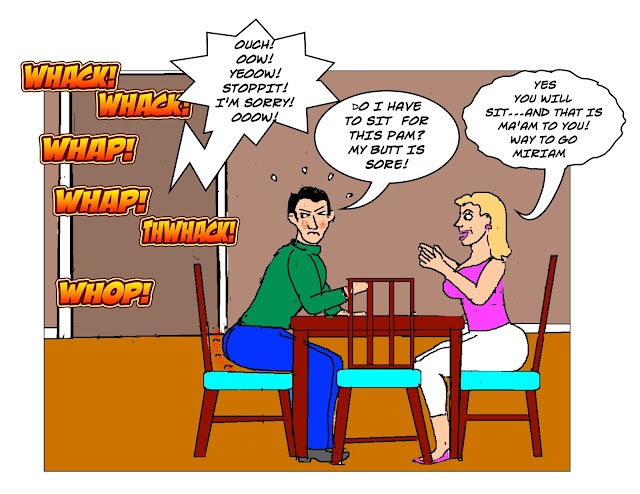 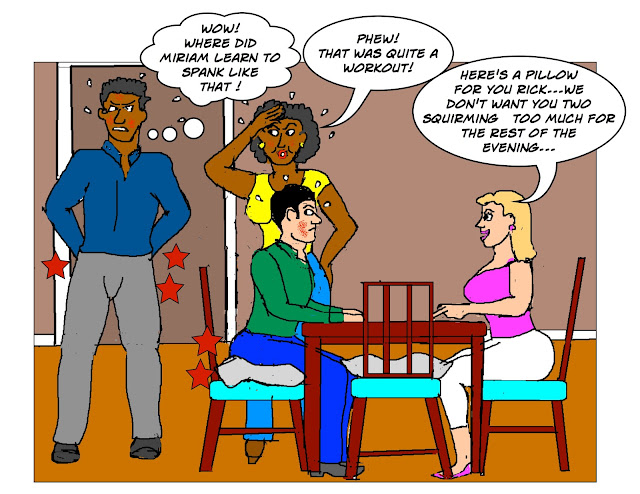 Rick laughed heartily at Mike's latest joke .
He was enjoying the visit to his Fiancee Miriam's good friend Pamela's house , especially her Husband's hilariously entertaining quips and antics.
He had been a bit worried about another dull , uncomfortable dinner as Pamela was serious , dull and a bit haughty .
It was clear that Pamela was not enjoying her Husband's humour as much as Rick was , and neither was Miriam.
In fact Rick had strict orders from her before they left to not tell any rude jokes and keep his conversation 'civil' , or boring as Rick thought.
Anyway , it was his host who was setting the tone so what was the harm  to play along.
'Opposites certainly do attract', he thought to himself as Mike brought him another beer.
"Have you heard the one about the Acrobat and the Priest?"  Rick blurted gratefully accepting the beverage.
The jovial pair were interrupted by Pamela who reached out and tapped her Husband's wrist to get his attention, "That will be quite enough of that talk for this evening mister! I warned you earlier what would happen so you're in for a good sound spanking once our guests leave ! she announced.
For a moment there was silence and when a red-faced Steve opened his mouth to speak , he was silenced by a wag of his wife's finger, "No excuses Steve ! You will be going over my knee for a good long  dose of my hairbrush and that is that !" she told him nonchalantly.
Their guests looked on with jaws agape , trying to comprehend what they had just heard.
Pamela looked at them , "Sorry to let the proverbial 'cat' out of the bag but Steve and I have had an arrangement since we began dating that I give him a good spanking when he oversteps the mark. It smartens him up real fast and makes sure he will be on his best behaviour for the next little while....or as long as his bottom is sore!" she revealed.
Miriam laughed , "It's no problem Pamela....I've been spanking Rick for years too! Haven't I Honey?" she quipped.
Rock's face turned as red as his host's and his response was a nod and a barely audible grunt.
"Well don't let us stand in the way of some well-deserved domestic discipline Pamela ,Go ahead and do what you have to do. There is no need to wait until we leave to give Steve that spanking!" she said.
"I thought you might say that Miriam!" she replied , turning to take a firm grip on Steve's ear and hauling him to his feet, "Let's go mister!" she ordered , leading him out of the room .
Looking over her shoulder she said , "This won't take long....but it will be rather noisy."
Rick's face reddened deeper as their hosts disappeared down the hall.
They heard a door softly open and close and then Pamela scolding her errant husband in a firm tone.
There was the occasional muted apology from Steve as Pamela soundly berated him.
Then , after a short pause came the unmistakable sound of a hairbrush being applied to bare skin.
Rick winced with every whack, as if he was experiencing the spanking himself , while Miriam grinned in amusement at Steve's yelping and pleading.
"He sounds just like you when I give you a spanking!" she teased.
The whacking and howling continued for a good 5 minutes or more until their hosts returned , Pamela positively beaming with satisfaction and Steve red-faced and subdued.
While a smile played on Pamela's face , her husband's face was contorted in a grimace as he walked stiffly to the table.
Pamela supervised while Steve painfully lowered himself onto his chair before taking her own seat.
Miriam looked at her , "I was wondering if ...." she began before Pamela responded , "I left everything out for you Miriam....second door on the left. I'll put on some coffee while you're gone!"
"No Miriam! Please ! Not now! Not here !" Rick protested frantically in an attempt to avoid having to sit on a bottom as sore as Steve's.
However , his wife remained adamant and determined , "Come with me Rick. Best we get this over with now." she stated calmly.
Rick looked at a grinning Pamela before slowly rising to follow his wife.
By the time the coffee was being served , two subdued and contrite men were squirming in their seats on bottoms that would be red and sore for quite a while!
"You and Steve really must come over for dinner next week so we can return the favour." Miriam suggested.
"That would be wonderful Miriam ! I'll try my best to make sure Steve behaves himself this time but..." Pamela began.
"Don't worry Pamela , I'll make sure everything is set up ....just in case!" Miriam giggled.
Posted by Glenmore at 6:47 AM